Spelt is a good alternative to wheat. This ancient grain is becoming increasingly popular. Find out why!

In this article, we will go over the fundamentals of spelt, including what it is, where it comes from, and the potential benefits and risks of eating spelt.

You can also learn how to properly cook spelt and get some basic spelt flour cooking tips.

Before we get started, here are some interesting facts about spelt:

Spelt was a staple food of the Ancient Roman legions on their way to conquer the world. It was used in the production of bread, flatbread, and polenta.

Spelt is one of many grains used in the production of jenaver, a traditional juniper-flavored liquor from the Netherlands that is considered the grandfather of gin.

Spelt contains more protein than any other grain species.

In Germany, where spelt is especially popular, semi-ripe grains are dried and eaten as Grünkern – “green grain” – with a distinct flavor and aroma.

Spelt is an ancient grain that is a wheat subspecies. The scientific name for spelt is Triticum spelta.

Spelt and wheat look similar, but spelt has a stronger husk and slightly different nutritional content. Some taxonomists classify spelt as a parent of wheat.

Gluten is present in both spelt and wheat. Those with celiac disease or on a gluten-free diet should avoid spelt.

Spelt is one of the oldest crops in human history. It is widely assumed that farmers grew spelt as early as 5000 BC in the region then known as Mesopotamia – (the land between the Tigris and Euphrates, part of what is now known as Iraq).

As civilizations spread westward, spelt followed. It wasn’t until the early 1900s that spelt made its way to North America.

When the industrial revolution arrived in the early twentieth century, spelt gave way to its more modern cousin, wheat.

By the 1970s, there was almost no spelt growing in North America because modern wheat could be harvested and processed more cheaply and quickly.

Spelt is making a comeback today, thanks to a growing interest in healthier foods.

In most recipes, spelt flour can be used in place of wheat flour. It imparts a nuttier flavor to baked goods than wheat.

Prepackaged spelt products such as pasta and crackers are also popular. In addition to spelt flour, spelt is also available in de-hulled, whole grain form, which can be prepared and consumed similarly to rice.

What is the difference between spelt and wheat?

There is one significant distinction between spelt and wheat. The spelt kernel is tightly surrounded by a tough outer husk or hull that accounts for 30-35% of the total weight of the grain.

In order to reduce harvesting time and increase yield, modern wheat has been bred to lose its husk during harvesting. Spelt must be mechanically de-hulled, which adds two additional manufacturing steps to the process, making it more expensive to grow and process.

The tough outer hull of the spelt kernel protects the grain from disease-carrying insects, eliminating the need for toxic pesticides.

Spelt is stored and shipped with the hull intact; it is separated just before milling into flour. This helps to preserve the freshness and nutrients of the grain. This makes spelt more nutritious than wheat.

Spelt also contains copper, selenium, vitamin B1, riboflavin (B2), vitamin A, and vitamin E. It is high in carbs and an excellent source of dietary fiber, as are most whole grains.

In comparison to wheat, spelt contains:

There are no significant differences in sugar or soluble fiber levels between spelt and wheat.

Overall, spelt is a healthy whole grain. Eating spelt flour and spelt products is a simple way to increase your intake of whole-grain fiber.

Fiber is required for a healthy digestive system. Fiber can help you feel fuller for longer, so it may be beneficial when consumed as part of a weight-loss diet.

According to a 2016 study published in Nutrition Journal, those who consumed more whole grains consumed more nutrients overall and had a healthier body weight.

The fiber and other compounds in whole grains can contribute to the health of bacteria in the digestive system. This, in turn, can aid in the reduction of inflammation in the body, as well as digestive health, weight loss, and management.

Many studies indicate that eating high-fiber foods like spelt can lower the risk of diabetes or help those who already have it manage their symptoms. This is due to the fact that fiber slows digestion and prevents blood sugar spikes.

A 2017 study of spelt, in particular, suggested that the fiber and antioxidants found in spelt may help reduce the chances of diabetes.

Furthermore, a 2013 review found that eating at least 2 servings of whole grains per day may lower the risk of type 2 diabetes. Refined grains, such as white bread and white pasta, do not offer the same level of disease protection.

Overall, people who consume more whole grains and fiber have a lower risk of heart disease in general.

People who ate more whole grains had the lowest risk of heart attacks, according to a 2016 Danish study involving more than 50,000 adults aged 50 to 64.

Potential risks or side effects

Spelt contains gluten. People who are gluten intolerant, such as those who have celiac disease or non-celiac gluten sensitivity, may experience problems with spelt.

Even though spelt’s gluten isn’t identical to wheat’s, it’s still not gluten-free. As a result, spelt must be avoided by people with celiac disease or gluten sensitivity.

Irritable bowel syndrome (IBS) sufferers should limit or avoid spelt. This is due to the fact that spelt, like wheat, contains a high amount of FODMAPs, a type of short-chain carbs that can trigger IBS symptoms in susceptible people.

Despite the fact that spelt flour is lower in FODMAPs than modern wheat flour, experts advise that people on a low-FODMAP diet avoid most spelt products to manage gastrointestinal symptoms.

An allergy to spelt and spelt flour is possible. Some people with wheat allergies may also have a reaction to spelt, while others may not.

If you’re allergic to wheat or other gluten-containing grains, consult your doctor before eating spelt.

How to cook spelt

Step 2: Place rinsed berries into a bowl and cover with water. Allow at least 8 hours or overnight for the spelt berries to soak.

The phytic acid content of spelt can be greatly reduced by soaking. Phytic acid is a naturally occurring compound found in a variety of plant foods that can inhibit the absorption of certain minerals like iron and zinc.

Step 3: After soaking, drain the spelt berries in a colander. Rinse thoroughly before adding to a pot with 3 parts water to 1 part spelt. Optionally you can add a little salt to the water for a bit of flavor.

Step 4: Bring the pot to a boil over medium-high heat. Reduce the heat to low and continue to cook until the grain is tender. This generally takes 50 to 60 minutes.

Step 5: Serve. You can eat it plain or add a little butter and serve it with your favourite protein and lots of vegetables. Cooked spelt can also be used in stir-fry dishes, soups, and stews. You can also substitute spelt for rice in any rice dish.

You can buy spelt berries from Amazon here.

Top tips for adding spelt into your diet

How to use spelt flour

White spelt flour – has had the germ and bran removed and has a lighter texture in baked goods.

When substituting whole spelt flour for whole wheat flour, keep in mind that spelt is more water-soluble, so you may need to use less than the recipe calls for.

When cooking or baking with spelt flour, start with less liquid and gradually add more until you reach the desired consistency. Also, avoid over-kneading the spelt flour. You’ll notice that it’s a little more delicate than wheat flour.

What to bake with spelt flour

Spelt adds a nice “grainful flavor” to whatever you’re baking. It goes well with a wide range of flavors, including blueberries and peaches, as well as brownies.

You’ll get very similar results to when you bake with all-purpose flour, but spelt adds a little more texture and dimension to your baking.

In cakes, muffins, cookies, and fruit desserts, use it as a direct 1:1 substitute for all-purpose flour. Because spelt forms less gluten than white flour, you’ll have to experiment with balancing it with all-purpose flour to get the right rise and texture in pretzels, bread, and buns.

There are numerous ways to include spelt flour in your diet. Remember that it contains gluten, so if you have an intolerance, use gluten-free flour in your baking recipes.

If you’ve never used spelt flour before, here’s a great recipe for simple spelt bread that’s a great way to get started.

Spelt is a popular wheat substitute. It contains valuable fiber, many essential nutrients, may aid in blood sugar regulation and is beneficial to heart health.

Aside from its health benefits, one of the best aspects of spelt is its delicious flavor.

While whole wheat pasta tends to be grainy and crumble during cooking, spelt pasta retains its texture and holds up well under sauces and other ingredients.

Whole spelt flour is also a superior substitute for wheat flour. It can be used to make cookies, bread, buns, pretzels, muffins, and other baked goods.

Remember that spelt contains gluten and is not a good option for people with gluten intolerance, celiac disease or a wheat allergy.

If you’ve never used spelt in your cooking or baked with spelt flour, give it a try; you’ll enjoy the flavor and the added nutrients!

Disclaimer: The information on this website is for general informational purposes only and is not intended to be medical advice, medical diagnosis, or medical treatment. Before making any dietary changes, you should contact your doctor or another health care expert. 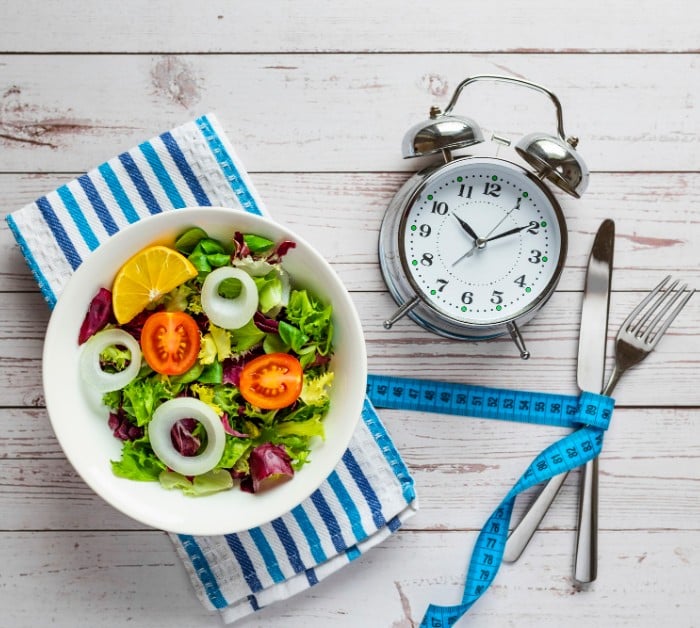 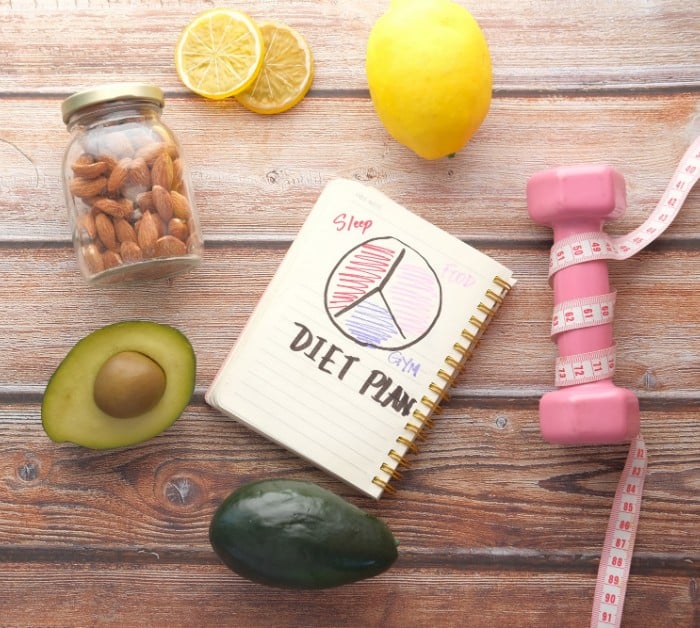 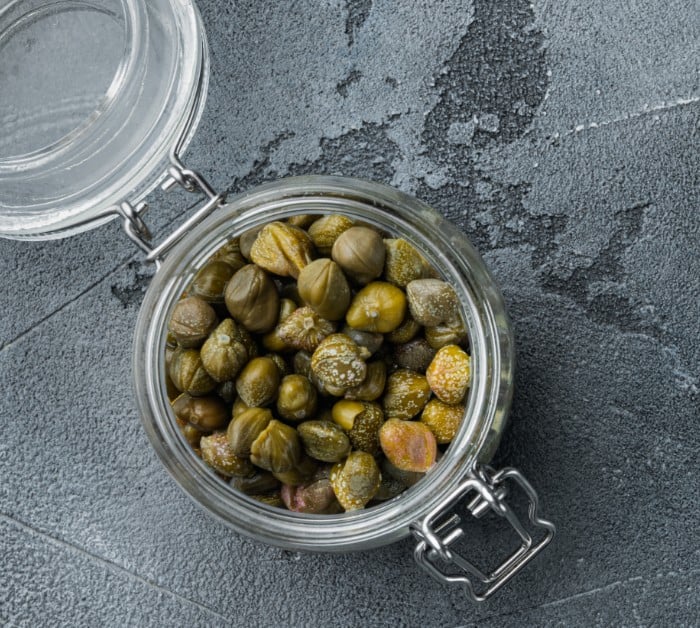