How much caffeine is in green tea?

The amount of caffeine in green tea depends largely on the variety of tea plants, its growing conditions, and the way it is processed and brewed.

The longer you brew the tea and the hotter the water, the more caffeine will make its way into your cup of tea.

Green tea caffeine content vs. coffee and other caffeinated beverages

Beverages like coffee, black tea, soft drinks, energy drinks, all contain caffeine. Here is a concentration of caffeine in 8 ounces (240 ml) of some popular drinks:

From all of this, we can see that the caffeine content in green tea is around half the amount of caffeine in brewed coffee and less than other caffeinated teas like black or yerba mate tea, also much less than energy drinks.

The caffeine in tea binds with an amino acid called L-theanine and this makes it act in a more controlled way. When you drink espresso, the caffeine gets in your blood within a few minutes and you feel a surge of energy. Opposite of this, the caffeine in tea is released slowly over time, giving you a prolonged energy boost.

L-theanine is an antagonist to caffeine, which means it helps to calm your nervous system and leads to less of the shakiness or jitters that people commonly associated with drinking lots of coffee. This amino acid L-theanine is also present in green tea.

The combination of L-theanine and caffeine has been shown to help improve focus and alertness. So, green tea can be a better drink than coffee if you’re doing tasks that require a lot of thought.

So if you want to find out more what are the best teas as a coffee substitute here is an article for you that will help Best Tea Alternatives To Your Morning Coffee With and Without Caffeine.

How much caffeine is too much?

According to the FDA, up to 400 milligrams of caffeine per day appears to be safe for most healthy adults, this is roughly the amount of caffeine in 4 cups of brewed coffee.

Caffeine is a natural stimulant. It works by stimulating the brain and central nervous system, helping you stay alert and prevent the onset of tiredness. Caffeine acts quickly, usually 20 minutes to 1 hour of consumption.

Caffeine consumption is generally considered safe, although habit-forming. Studies have also shown that it is safe for most people when consumed in low to moderate amounts.

To prevent the negative effects of caffeine it is recommended to space out your caffeine, limiting the amount to around 200 milligrams at a time.

High dosages of caffeine may lead to side effects that interfere with day-to-day living. The side effects of too much caffeine are:

How much green tea should I drink?

Drinking 3 to 5 cups of green tea per day seems to be optimal to reap the most health benefits of this tea. A single serving of green tea is usually measured at 1 tablespoon ( 2 grams ) of tea leaves per 1 cup ( 240ml ) of water.

This means the average cup of green tea contains about 30 to 50 mg of caffeine.

As we mentioned before the amount of caffeine in green tea varies depending on the amount of tea used and the length of time the leaves steep and other factors. Always check the label and caffeine content of your green tea.

So, consuming 3 to 5 cups per day is equal approximately to consuming 150 – 250 milligrams of caffeine.

Due to the caffeine content drinking large amounts of green tea might cause side effects such as nervousness, headache, sleep problems, irritability, heartburn, dizziness.

How to reduce caffeine in your green teas?

Know the type of tea you are drinking

Teas like matcha and gyokuro green teas are the highest in caffeine, while hojicha tea is with the lowest caffeine content.

Powdered green teas like matcha green tea are consumed as a suspension instead of infusion. This means you are drinking the leaf instead of an infusion of the leaf. So, you will consume the whole caffeine content it has to offer.

Remember that decaf green teas are NOT caffeine-free, they have between 4 and 10mg of caffeine per serving. Read the label to make sure your green tea has been decaffeinated naturally (here is our suggestion for decaffeinated green tea) through the effervescence, of the use of carbonated water. If it is de-caffeinated with chemicals it is not good for you.

Don’t use boiling water and don’t brew your green tea for more than 3 to 4 minutes. This increases the level of caffeine in your cup.

Use simmering water and brew for 30 seconds to 4 minutes, with an optimal brew time of one and a half minutes to three minutes for many green teas.

Can I drink green tea on empty stomach?

Due to its caffeine content, it is not recommended to drink green tea on empty stomach. It is better to drink a glass of warm water with lemon, other caffeine-free herbal tea, or opt for fruit.

What is the best time to drink green tea?

It is recommended to consume green tea between meals. You should consume it at least two hours before and two hours after your meal.

Can I drink green tea at night?

You should not consume green tea before going to bed because it contains caffeine and is a diuretic. Though green tea contains relatively less caffeine compared to other teas, even the lower caffeine content may affect one’s ability to sleep.

Final thoughts about the caffeine in green tea

If you are looking for an alternative to coffee or just want to cut down on your caffeine consumption, green tea is a great and delicious alternative. Green tea is something that you should definitely include in your daily routine! 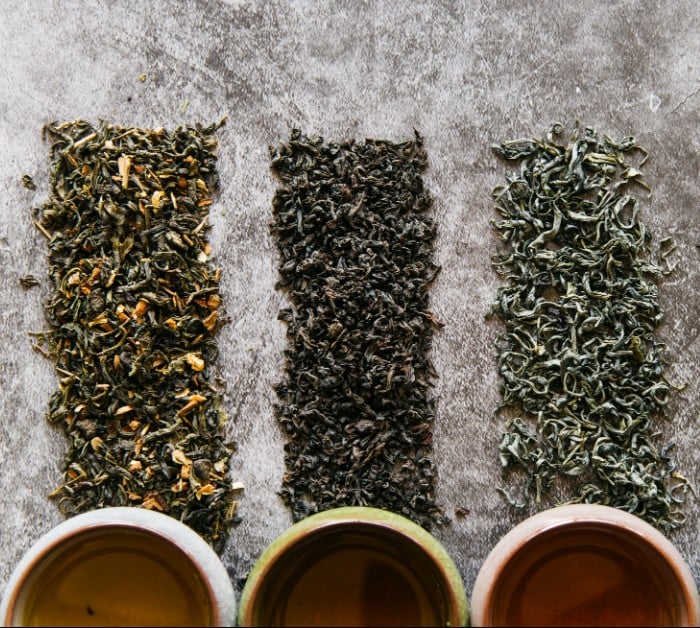 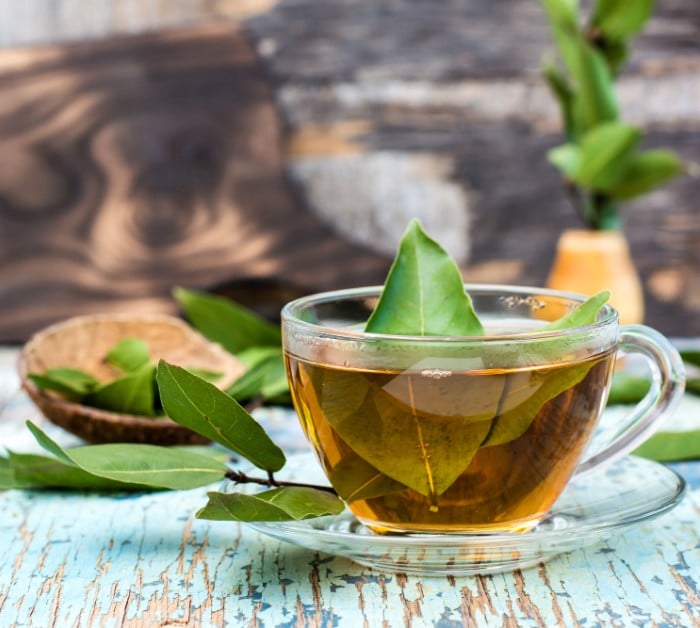 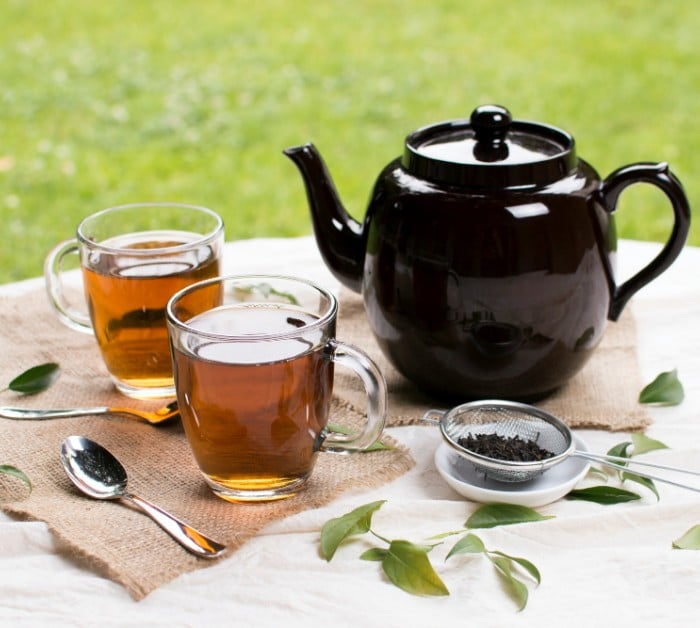