Your favorite show just released the new season. You are excited to watch the new episode. But you ended up watching 5 instead of 1 episode. Is binge-watching shows on Netflix is your problem too?

Most of us have this same problem. These platforms that stream videos are designed to keep our attention for hours.

A Netflix CEO, Reed Hastings said: “Think about it: when you watch a show from Netflix and you get addicted to it, you stay up late at night … we’re competing with sleep.”

Also, research that came out from Netflix says that nearly 61 % of users, regularly watch between 2-6 episodes in one sitting.

And you are still wondering why you are a binge-watcher?

The main purpose of platforms like this is to keep in front of a TV or computer, phone more and more time.

So if you are addicted to watching series every night and want to stop that habit, we will try to help you with that.

Here in this article, we are covering :

Impact Of Binge-Watching TV-Series On Our Brain

Clinical psychologist Dr. Rene Carr in an interview for NBC News says that watching episode after episode of a show feels good, due to the chemicals released in our bring. When you engage in an enjoyable activity, your brain produces dopamine.

This is the chemical that gives the body naturally, internal regard for pleasure that reinforces continued engagement in that activity. In other words, your brain signals the body saying “This is good, continue doing this”.

When binge-watching your favorite show or series your brain is constantly producing dopamine, and your body experiences a drug-like high. You become addicted to the show because you developed cravings for dopamine.

Dr. Carr goes further and claims that the addiction to binge-watching has similar effects on the body as an addiction to heroin.

Our bodies tend to get addicted to anything that helps to release dopamine like drugs, alcohol, sex, or his case binge-watching.

Dr. Gayani V. De Silva MD, a psychiatrist at Laguna Family Health Centar says “Our brains code all experiences, be it watched on TV, experienced life, read in a book or imagined, as ‘real’ memories.”

When we watch a TV show the areas of the brain that are activated are the same as when we experience a life event.

We become one with the characters and put ourselves in the story. Just think how many times you were anxious about what will happen to the character on the show.

Have you been telling “Don’t go there, the killer is behind the door”? It’s not reality but our brains can’t make a distinction.

Effects Of Binge-Watching On Sleep Quality

Research published from the University of Michigan found that sleep disturbances from binge-watching are a result of mental stimulation that comes from extended viewing in the evenings known as “pre-sleep arousal“.

When you are exposed to images and programs like action, horror, or emotional drama, brain activity, and alertness are stimulated. The duration of the binge-watching session creates pre-sleep arouses that interfere with our ability to sleep.

Maybe you think that watching episode by episode of your favorite show is calming you down, but the contrary to that, it gets your brain fired up.

Watching more than two hours of TV daily (you hourly watch more than 2 episodes on Netflix just in the evenings) is linked to several sleep problems:

Watching episode after episode in the evenings also impacts the production of melatonin. The hormone is responsible for wakefulness and sleep.

Our bodies produce the hormone melatonin at night. So if you stay up late at night watching TV, or scrolling through a smartphone or anything that produces blue light, you throw your melatonin levels out of balance drastically.

This is the reason that makes you restless and fatigued each passing day.

Other Negative Effects Of Binge-Watching

Binge-viewing can be fun and as we mentioned above and satisfying too, there is always a danger of becoming obsessed.

We can describe addiction as doing an activity more than you have planned. For example, if you’ve intended to watch two episodes of a show and ended watching five, it could be a sign that you are overdoing it.

You can become isolated (antisocial)

56 % of people prefer to watch TV shows alone and 98 % watch at home, stats from research by Market cast-entertainment research firm.

If you spend so much time alone on something, you are taking time away from other essential aspects of life, like spending time with your partner, hanging out with friends, etc.

But it doesn’t need to be like this. You can spend time watching TV shows with your partner, and this helps to strengthen the relationship and at the same time, you can talk about the characters of the show or movie.

You are not productive

According to bingeclock.com to watch all 73 episodes of the eighth season of Game of Thrones you’ll need 3 days and 16 minutes.

If you watch all episodes from suspense thriller 24 you will need six days.

Imagine what can you do for these 3 or 6 days, that you’ve spent in front of the TV in your home. And it is not just productivity, as we mentioned what impact all this screen time will have on your brain.

The problem with binge-watching on Netflix is that you lose three days of your life.

How To Stop Binge-Watching TV Series

Find another form of entertainment

If watching Netflix is the only way of entertainment for you, then you will have a hard time stopping that addiction.

It is about time to find another hobby or start a project. Move away from the TV, there are plenty of other things to do.

If you don’t know what to do, here is an article that will help you with that. 15 Productive Things To Do When You Are Bored At Home.

Once you’ll discover what you love to do instead of watching Netflix, you will have the awareness in the back of your mind that there are equal exciting things to do instead of sitting and eating in front of a TV.

Most of us, binge-watchers we reach to favorite TV shows whenever we have free time or we are bored.

You can change this mindset and watch when:

These are just two little hacks that will help you to stop or to lower down binge-watching.

When you are exhausted you can’t watch more than an episode or two. As much as you want to stay alert you will fall asleep. Your eyes will start shutting down and if you don’t want you will have to go to bed.

Remember if you are not tired don’t try to watch Netflix, because you will stay all night, we don’t want to do that.

The second option is maybe better. Pick a time when you have just a small window before you must go out or pick up your kids. Small-time window to watch just one episode and that’s it you can’t watch anymore.

Don’t use the phone to watch a series

It’s so easy and comfortable to lie in bed and watch shows on your phone or tablet. Are you doing this in bed when you go to sleep?

If the answer is yes, you are a binge-watcher.

So what to do?

Uninstall the Netflix app or any other app that you use on your phone or tablet to watch series.

Be more disciplined and make a line in your mind that you won’t watch a series on your phone, you will do that just on TV or computer, and at a specific time of the day.

If you don’t have the app and you are disciplined you won’t constantly turn on the phone and use every free moment to see another episode.

Get an alarm clock, see the duration of two episodes, set the alarm to ring after two episodes, and put it behind the TV or computer.

The purpose of this is when the alarm goes on you have to get up from the bed and turn it off. After that don’t come back on the bed and continue to watch just another episode. No, when you get up start doing something completely different.

This way you are setting boundaries of time and if you are disciplined you will end just with those two episodes for the day.

If you know that you are not disciplined and you are a very addictive binge-watching person, set a timer for wifi. Just set the timer to turn off your internet connection.

Do you think that in the middle of the night you after 2 or 3 episodes you will get up and turn on your wifi again? No, I don’t think so. You would probably turn around and get to sleep.

A binge should never last hours without any movement. After an hour of watching get up, move around and you can even watch standing.

Hit the pause button if you are watching in the middle of the day. Get out, do your laundry, walk the dog, have a sower, clean your apartment, etc.

There is nothing better than the balance in life.

Final thoughts on hazardous effects of binge-watching TV and series

It doesn’t mean that binge-watching shows on Netflix are bad and dangerous for your health if you are doing that from time to time.

But this activity is very hazardous if you are doing it daily. Apply these tips mentioned above that will help you to stop binge-watching.

Don’t just sit alone isolated in your home. Call your partner to watch together it will be so much interesting, to exchange thoughts about the show.

The episode will be there tomorrow too. Don’t get too excited to see what will happen in the next one. You don’t need to know tonight, leave it for tomorrow.

It is not so easy to stop if you are addicted to one show. But you must set boundaries and stick to them.

There are many important and fun things to do instead of sitting hours and hours in front of the TV and watch series.

What is your biggest record of watching episode by episode in one sitting? 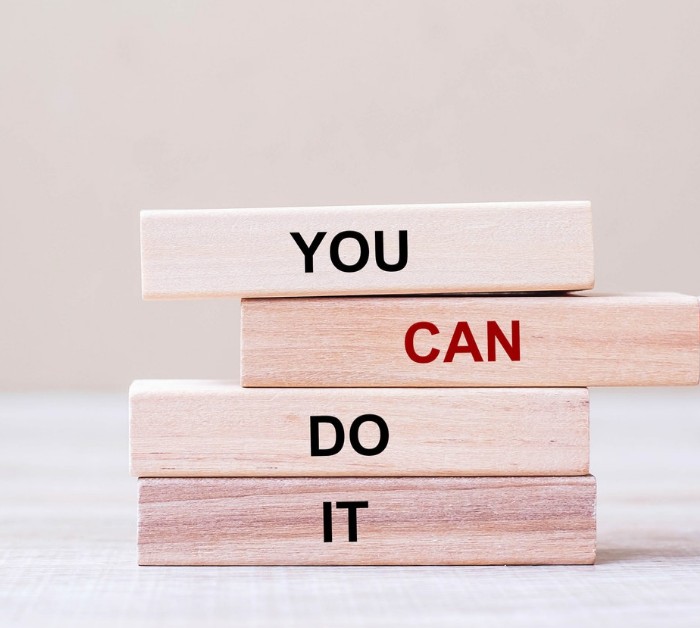 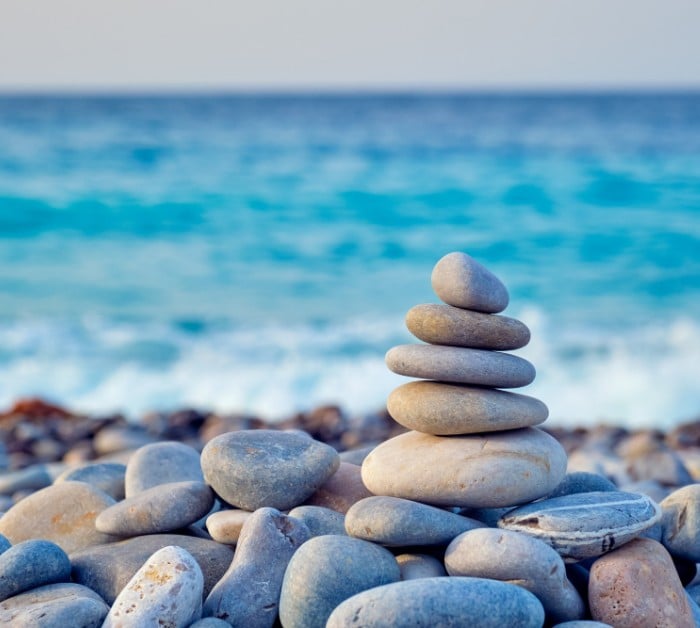 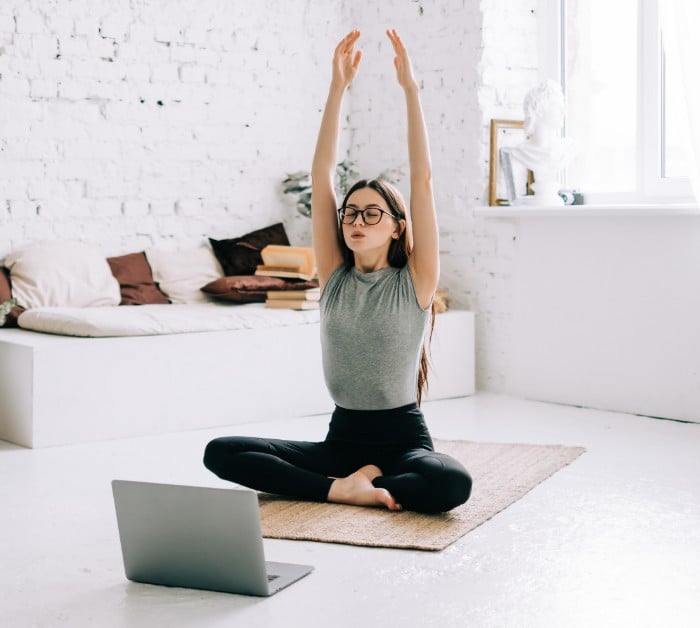